By Karen Cruise, Founder of SMILE 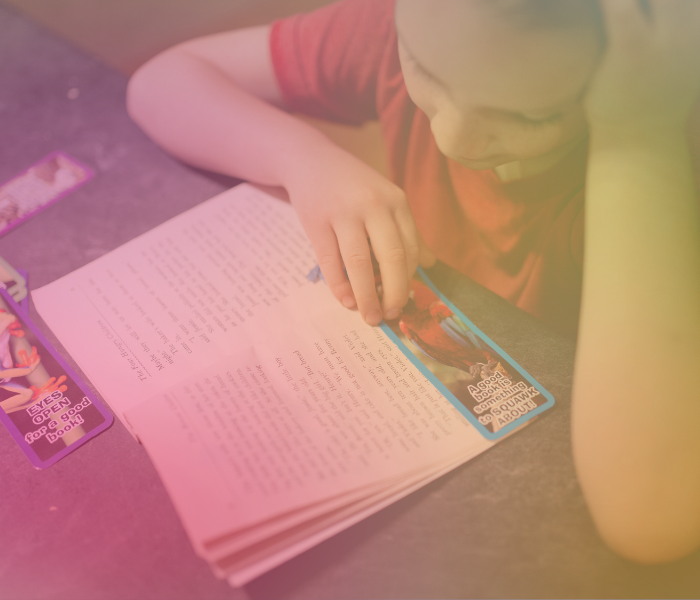 A Lack of Basic Fundamentals

Back in October 2020 whilst coaching one of the young people I had worked with for a while I discovered his love of reading.

I queried how this passion came about and the conversation led to how they saw this as a way of escapism from their real world.

In their real world they had no books, stationery, internet; they were living in abject poverty.

Eloquent, oozing potential, with a creative mind, yet hampered by a lack of basic fundamentals that lots of us take for granted.

An Urge to Do More

It made me question my day to day work momentarily and just how impactful it could actually be for children living in similar conditions.

I concluded that our work, coaching young people to be their absolute best mentally, could be greatly amplified if we were to support them practically too.

I knew from the feedback I was getting from this child’s teachers and parent, that despite the lack of basic necessities, they were improving and thriving.

I could see the difference in their self belief and general attitude yet still felt an urge to do more.

I had a group of friends who really supported and bought into the work they knew we did with children and young people.

I instantly thought that their children would be brilliant in helping us to think about how we could best support young people who were living in poverty. 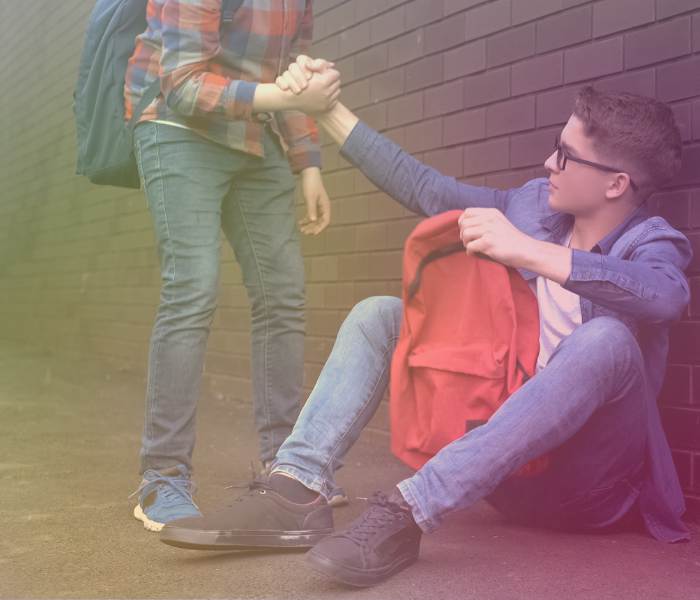 Plus with most of them being the same age as the children we were planning to support they’d have a much better idea about their needs and interests.

As I wanted our team to work well with the right skills and I decided that we needed some ‘older’ young people too who could help with decision making and manage whatever funds we received.

I spoke to some of schools we worked with to see if they felt they had students who could benefit from the initiative we had planned - they agreed unanimously. 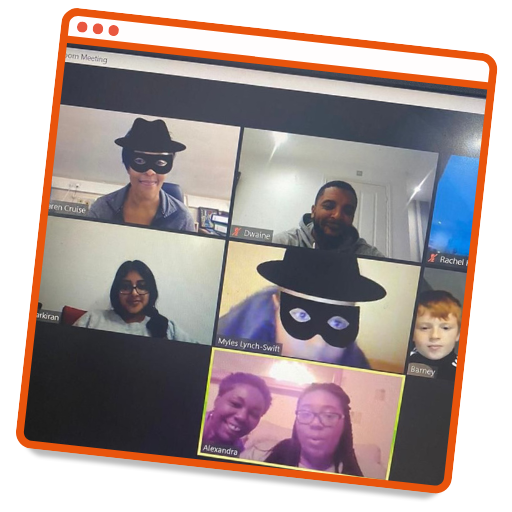 We had our first team meeting so that everyone could meet each other and I could explain the purpose of the group and get everyone’s views about the project.

It was really fun meeting!

One of the team member’s parents created a terms of reference form for the group, so that as well as having fun we still had structure and purpose to our meetings.

I asked the team to think about a name for the project, and a team member put forward a fabulous idea to call the project SMILE, had thoroughly thought it through and explained their concept behind its acronym. 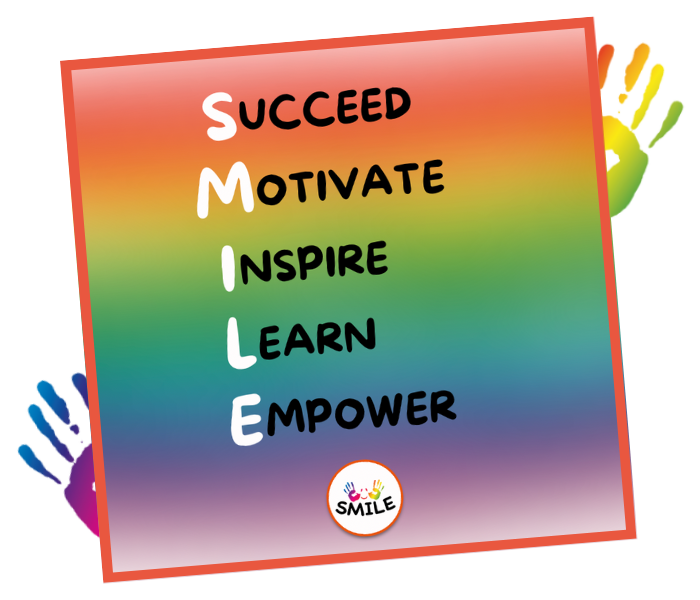 Overall we want all children to feel happy and put a SMILE on their faces with the products, gifts your donations will help with. 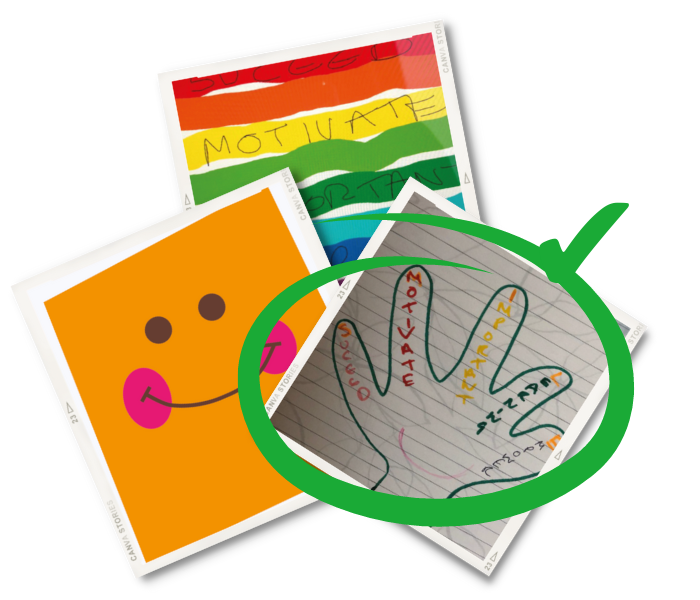 The team then worked together to create a logo and wanted something bright and fun that represented our purpose i.e. giving a helping hand to young people.

The designs came in quickly and were very impressive. 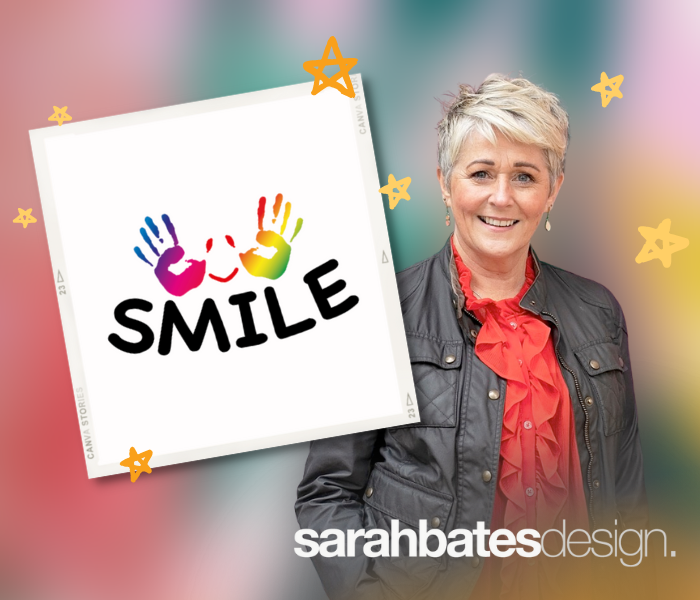 We decided we’d like a professional finish to the logo and Sarah Bates of Sarah Bates Design, offered to do this work for us at no cost (that was her donation to our cause!).

We were overwhelmed by the generosity we were receiving from people at this really early stage.

We did a Facebook live outlining our goals, the team and our logo our friends loved it and the donations started rolling in, and within just a couple of weeks we’d raised £1325!

We were over the moon! 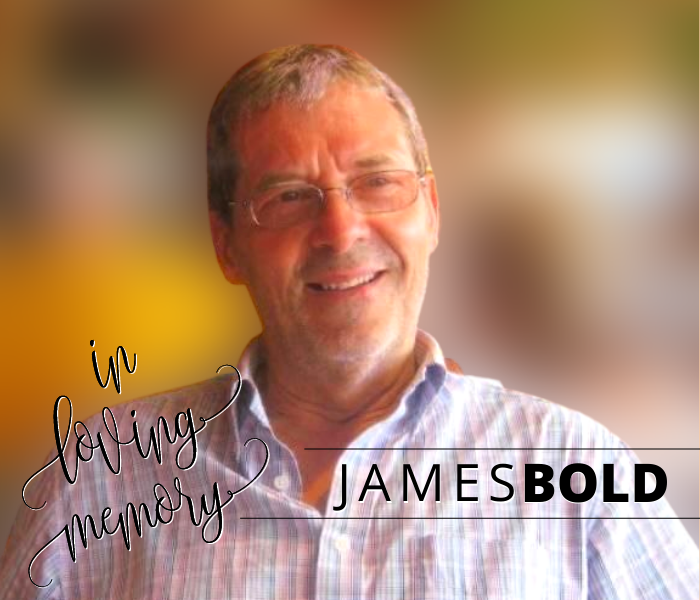 One of our very first donators was James Bold.

I’d never even met him but he heard about the aims of SMILE from his daughter, Jane and grandson Barney (a member of the SMILE team).

He absolutely loved the concept of SMILE and our goals. Sadly, he died very suddenly leaving a big hole in the Suggitt family.

“he was a very generous man and donated to many causes. He was such a big part of my life. We miss him dearly”.

We feel we owe it to his memory and generous contribution to make sure that SMILE does exactly what we set out to do - help children living in poverty to thrive physically, emotionally and academically.

We think he’d be proud of that! 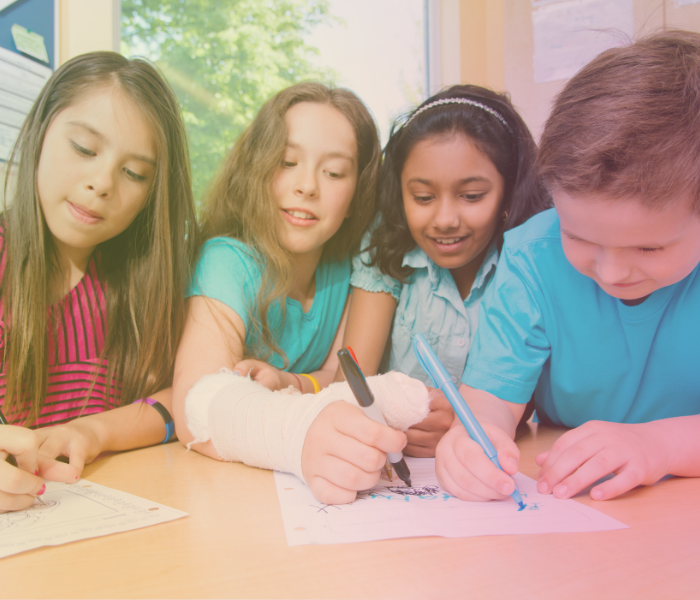 Deciding How to Use Our Funds

We created a referral form that we thought we would distribute to schools.

They would put forward anonymised details of a child in need and the team would use this to decide who and how we could use our funds to best support that child.

Friends also started donated shoes and warm clothes - it was coming up to Christmas and the chill was setting in.

It was heartwarming to see how it raised the consciousness of the younger members of the team especially the realisation that whilst they would be inundated with gifts there would be thousands of children not receiving Christmas presents at all. 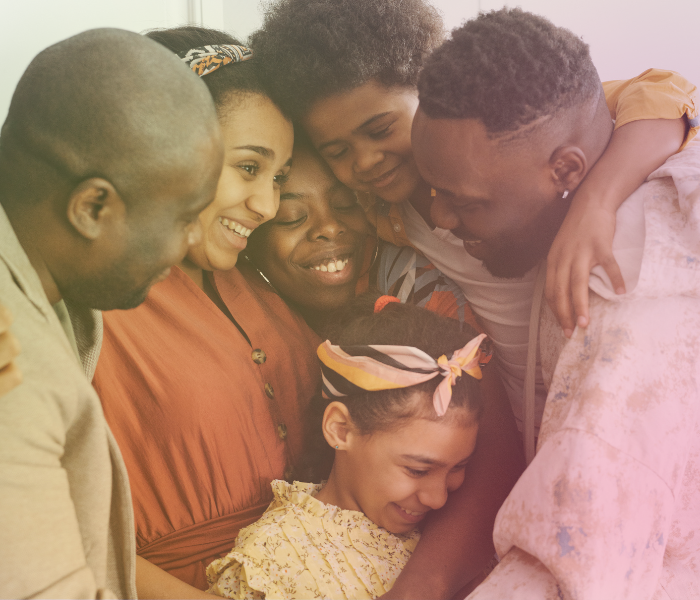 Families In Need of Help

It didn't take long before we received our first referral from a school with details of four families all in desperate need of help.

Their situations were brought to our next SMILE team meeting with the idea that children to decide which family we could help.

The family circumstances we were presented with were very sad indeed, so much it was impossible for us to leave any one of the families out.

So, we decided we’d buy something specifically for all four families, but in addition products that could help as many students in the school as possible.

This extended to not only the ‘traditional’ Christmas presents like chocolates and small toys but also bedding, food and toiletries.

Jane Suggit, Barney’s mum, donated an absolutely beautiful Wendy house, this went to the family the team felt were most at need.

“The SMILE project, devised by the amazing young people working with Karen Cruise, most definitely brought lots of smiles to our families. We are very grateful for the support from this kind of initiative, and one thing I noticed, as with everything Karen’s involved with..the presents for the children were high quality, thoughtful and absolutely child-centred. Thank you 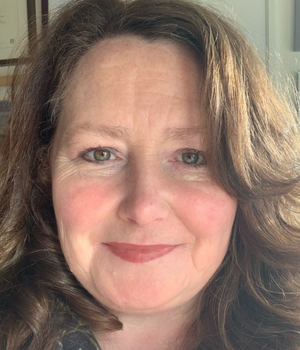 Parent of The Family That Received The Wendy House

“My children absolutely loved the Wendy house. It was big enough for all my children to share, so none of them were left out. It was lovely watching them all play together too, in fact, my boys played with the Wendy house more than the girls did! It brought a lot of joy into our home and took the stress off me having to try to find money to buy them all something or watch them go without any presents at all” 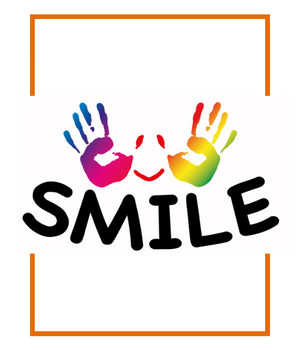 “The donations were abundant, and it was a lovely gesture. We work in one of the largest council estates in Bradford. Our children are great learners with big aspirations despite some families really struggling financially. It was great to be able to offer presents to the children. We are very grateful indeed." 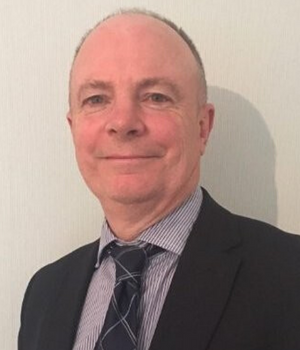 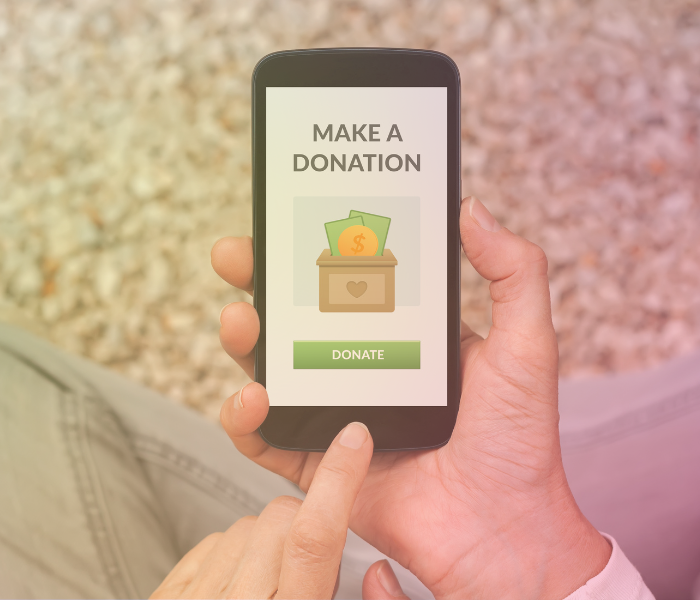 We ended up with so many general presents that we had enough to distribute to 2 schools, so I contacted HeadTeacher, Danielle Parry, Carrwood Primary school another school we were working with at the time.

We met on a cold and wet morning in a car park transferring bags of donations from my car boot to hers.

We were motivated to then apply for a grant from Children in Need in October 2020, they recognised and supported our work and we were awarded £950 in March 2021 to help us create a website and promote our work on social media. 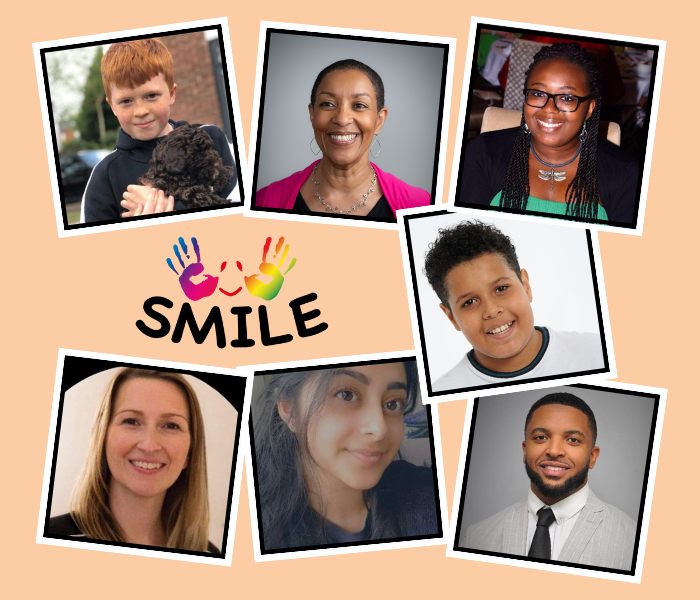 Help Us Achieve Our Goal

From a small idea, which we weren't sure would work, supported by a team of enthusiastic, caring and skilled young people, friends parents and schools, we now have a huge and ambitious goal to positively impact thousands of children and young people’s lives.

You can help us to achieve this goal...so that we can support children and young people living in poverty to live their best life and realise their potential.

This website was built in collaboration with Kase Dean Limited. 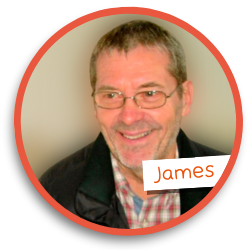 Barney’s Granddad, also known as James or Jim to so many.

Born in Liverpool but living most of his adult life in Leeds he worked many different jobs, in HR, recruitment, careers advice and the NHS.

Barney’s Granddad was a generous man, he would do anything for his family, and he gave freely of his time to anyone who might need it.

Such as hitchhikers who he didn’t just give a lift to, he would bring them home as guests if they needed a bed for the night.

James gave generously to charities, he helped where he could help and involved himself with many community projects, including the local food bank.

James would always support the causes that his children, and grandchildren believed in. He gave his time to sit as a governor at the school some of his grandchildren attended.

He never wanted anything in return for the kindnesses he gave, and if someone offered to repay him, he would simply say, “pass it on!”

His kindness, and generosity of love and life touched many hearts and many wonderful memories of him will live on.